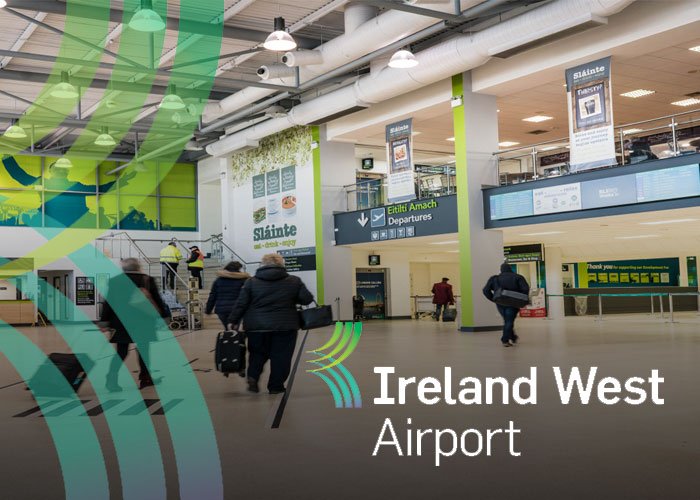 The business community of Galway, Mayo and Sligo has united for the first time, to call with one voice for Government to respond to the challenges currently facing Ireland West Airport Knock. They are urgently seeking a meeting with Hildegarde Naughton TD, Minister of State at the Dept. of Climate Action and Transport, and Eamon Ryan TD, Minister for Climate Action, Communication Networks and Transport, to discuss this matter.

Kenny Deery, CEO of Galway Chamber commented, “Our regional airports are of critical importance to the West of Ireland, in providing essential connectivity to global markets for regional businesses, in providing a gateway for much needed tourists and in attracting foreign direct investment into the region. That is why we, as a business community, are coming together to ensure the sustainability of Ireland West Airport Knock”.

Ireland West Airport Knock had 807,000 passengers use their airport last year, and as of now, will be incurring a significant loss this year. The Business Community of the West are seeking Government intervention to bridge those losses.

The reason for these losses does not lie solely as a direct result of COVID-19. Ireland’s travel restrictions are some of the most restrictive in Europe. The longer these restrictions are in place the greater the risk they pose to the West Region’s competitiveness and future economic recovery.

While the business community of the West appreciate that public health advice must take priority, they cannot ignore the fact that Government-imposed travel restrictions are creating significant implications for our regional airports.

The Western Business Community have called for an urgent meeting with Ministers to discuss the importance of Ireland West Airport Knock to our region.

Ireland West Airport Knock has, as a result of the pandemic: